How to Date a Woman Who Makes More Money Than You 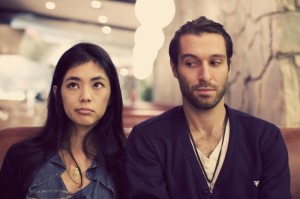 “Never think of her as Superior to you”

Date enough women and at some point – if you haven’t already – you’re going to run into a woman who makes more money than you do, or is more successful in her career than you are in yours. If the difference in salaries isn’t that significant it probably will not be an issue as you hook up or date. On the other hand, if her salary is double or triple what you make, that might be a different story. And a lot of how this can play out will be up to you.

Don’t Set Yourself Up to Compete with Her

You set yourself up to compete with her when you talk about her job in a tone that suggests anything other than genuine interest and appreciation. Women who are financially successful in their careers tend to be wary of ending up with men who resent their success. Don’t be that guy. It not only makes you a douche, but it makes you a petty one as well. If hearing about her job or being around her co-workers make you feel out of place and defensive, take it as a sign that you’re not ready for this kind of match, and bow out before it gets too complicated.

Some women who are financially successful are sensitive to being used for their money in a way that most guys have had to deal with themselves. Show her you’re not that kind of guy by pulling your own weight like you usually do. Pick up the tab. Suggest restaurants you can afford. But if she wants to go to one that’s usually out of your price range, and is happy to treat you, let her do so and be sure to thank her. The last thing you want to do is to suggest that you expect this kind of treatment on a regular basis. If she’s the kind of woman who likes to spoil the man she’s seeing with gifts and expensive activities, she’ll do that without any kind of prompting from you. And if that’s the kind of relationship YOU’RE into, you’ll both be happy together. 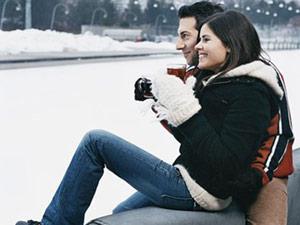 “She just needs happiness, so make sure you make her happy”

Don’t try and make guesses about what you think a woman of her financial level is looking for in the way of sex, activities and gifts. Let her tell you what she likes or figure it out in the usual way. You might be surprised. No matter what her bank account looks like in comparison to yours, she’s dating you because she’s interested in you, and sexually attracted to you. The fastest way to sour her on you will be to make her think that you see money first when you look at her, and herself as a woman second. So tell her how hot she is. Spank her and pull her hair in the bedroom if that’s what she’s into. The more sex you have, the less time you both will have to remember the differences in your income.