Personal Dating Coach
going to the gym, Paying for her drinks, pick her up at the bar, your odds of success

There’s some advice that exists in the dating world that’s just plain wrong. Maybe it used to be true, or maybe it was spread around by clever go-getters who wanted to keep the ladies to themselves. Either way, there are some myths that need busting around how to impress women. These are the top five false tips that will decrease your odds of success when you employ them.

1. Talking About How Much You Work Out 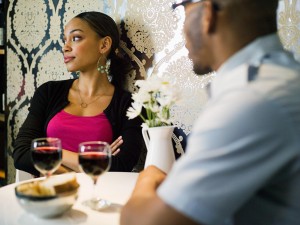 “She is not interested in knowing your gym routine”

Women do like fit guys as much as guys like athletic girls. That’s not a secret. But telling her that you do ten reps of twelve at the gym is just going to make her eyes glaze over. Unless she’s into weight training herself, she doesn’t care about that. She loves the results of you going to the gym, and those should be visible without you having to point it out.

2. Only Talking About Her

Giving her a chance to talk about herself is always great, but you don’t want to overdo it. If you put too much of the attention on her right away, it will feel like you’re coming on too strong. If you drag the conversation back to her when it drifts too far away, it’ll seem like you’re hiding something. For the best results, you want to give her a little bit of information about yourself for every three or four things she tells you about her. That keeps the focus on her while still making you seem like an honest guy.

3. Showing Off When You Pick Up the Check

Paying for her drinks or meal is still a great way to win her good favor, but you shouldn’t be making a big deal about it. No one looks cheaper than a guy who makes a big show out of picking up a $30 check. 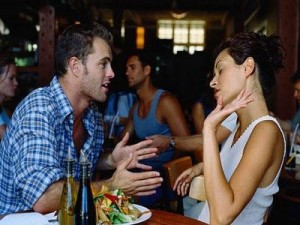 “Don’t tell her details about your mom”

This sounds like stupid advice even at the start, but the idea behind it is almost sound. You mention that you care about your mother, and it makes you seem like a good son. Caring, faithful, etc. Or, it’s supposed to. These days women want guys who are as far away from their mothers as possible. It’s about boundaries these days, not whether or not you’ll be a good provider when you pick her up at the bar.

5. Mentioning Your Love of Classic Books

Gone are the days when you can claim “War and Peace” as your favorite novel and have a woman fall into your arms. These days, claiming you love the classics does one of two things depending on the girl. If she doesn’t like to read, you’re an elitist snob. If she does, she wants to know why you’re slogging your way through outdated classics instead of modern books. Either way, you don’t make a good impression.

If you cut these five plays out of your night out playbook, you’ll up your chances of success every time you hit the bar.