How to Attract an Assertive Woman 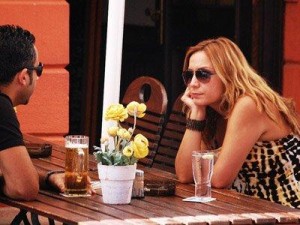 “You have to be assertive to attract her attention”

We all have our types. Some of us like docile women who won’t ask too many questions and will trust your judgment on everything. Others like it when women are more assertive and like to take charge both in and out of the bedroom. Many times assertive women scare some men away because they seem like they’re too difficult to approach or will end up being too much of a hassle. However, for men who like assertive women, but aren’t sure how to attract them, you can use a few tips to make it easier to catch and keep their attention. 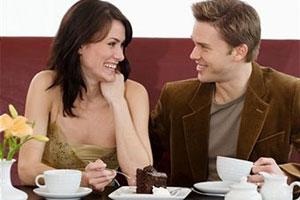 “Look powerful with your clothes and your talks”

Assertive women are used to men not being interested in them because there is too much of a battle for dominance. Because of this, many assertive women have to settle for weak men who let women walk all over them. Some women have no interest in these types of men, but they may be the only men that are willing to date them. If you’re an assertive man looking for assertive women, you need to plan on a challenge because you’re definitely going to get one.

The best way to attract assertive women is by showing that you are also assertive. It can be in the way you speak to other people or your mannerisms while you’re at the club or the bar, but let her and others see that you are clearly the alpha male. This will initially draw her to you, but it will only be because she thinks she will be able to put you in her place by using her own dominance to leave you speechless. Don’t let her. Instead, enjoy some playful and flirty banter with her. You’re going to have to be silver tongued and quick witted. If she stumps you even once, she’ll automatically feel like she bested you. Stay cool and suave and show her that you can handle anything she dishes out.

Even if you don’t consider yourself an alpha male, you can still attract assertive women by being confident. Never let her catch you second guessing yourself or being shy or way too humble. Don’t be too cocky, but don’t let it appear like other people are running the show around you. For instance, if you’re standing in line and other men seem to be taking up too much of your space, don’t step back to allow them room. Do not start any confrontations, but stand firm and let them decrease their own space, not take up yours. If you’re walking one way and other people are working toward you, don’t walk around. Make them separate around you. You wouldn’t believe how much these simple things will impress her.

Always remember that assertive is not the same thing as a control freak. If you hook up with a woman who starts showing signs that she wants to control everything about how the two of you interact, get out of there as quickly as you can. You want a woman who is willing to take charge, not one that wants to be in charge all the time.