How to Date a Married (But Separated) Woman 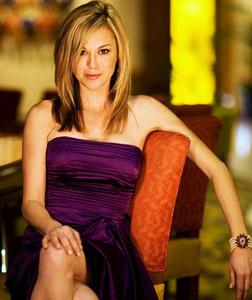 “Divorced women are hot and ready to go”

Relationships are different from how they were fifty years ago. Sometimes people date, decide to get married, then realize it’s not working out. Shit happens. For any one of several reasons, including children and shared property that split might not take place for a long time, even a year or two. In a case like this, what is a healthy, red-blooded woman to do? Deprive herself of male company for the sake of appearances? We don’t think that’s very realistic. And if you don’t either, here are a couple of things to keep in mind as you venture into what might be uncharted territory for you.

Think About What You Expect From the Relationship

When you start seeing a woman who’s still legally married, you might have the same kinds of expectations you’d have for any other woman. Sex, obviously. Maybe dating. Maybe serious, maybe not. And that’s cool. If you’re thinking you might eventually be interested in something more serious than that, this is where the problems might come up. For legal reasons to do with the divorce she’s probably working on – and especially if she has kids – she may not be willing or able to let you sleep over. She might have a binding separation agreement with her husband to not move anyone into the house until the divorce is final. So generally, just be aware that even if she’s completely down to do the nasty with you, she may still not be free to do exactly what you and she likes.

Watch Out for Her Husband 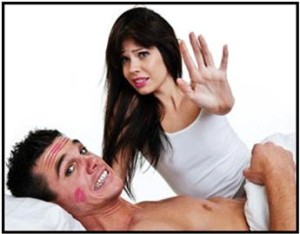 Dealing with an angry ex-husband-to-be is probably the first thing that popped into your head when you thought about dating a separated woman. We’re not going to lie and say it’s never happened, nor will ever happen to you. It’s a risk you’re going to have to weigh for yourself. By all means get the rundown from her, but take it with a grain of salt. How she feels about her marriage may not be how her HUSBAND (and yes, he’s still her husband) feels. Maybe he’s dying to get back with her. Maybe he’s crazy as all hell, hacked her computer and reads all her email – including your pm’s to her. In some cases both parties are cool enough that it’s not a big deal that they’re dating other people. Just tread carefully until you know what’s what.

Enjoy the Relationship For What It Is

Now that we’ve gone through some of the drawbacks to hooking up with a woman with this kind of baggage, we feel obliged to point out some of the advantages you might notice. The odds are she’s coming out of a marriage that was sexually frustrating for her, especially if she’s the one who initiated the separation. So basically what we’re saying is you reap the benefits of a woman, likely in her sexual prime, who’s STARVED for male attention and committed to getting her freak on like she hasn’t been able to in years. Enjoy.