How to Make an Impression when You’re Under 5’5 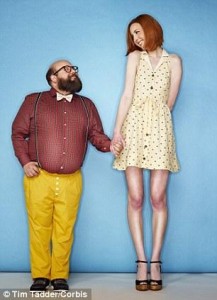 “What do you think about this match?”

Life’s hard enough for a man on the shorter side of things. You’ve probably had to put up with more than enough jokes and teasing from other guys all your life, and you might feel like women won’t give you the time of day when some basketball player walks through the door. It’s hard to stand out in a crowd of other guys when you don’t have height on your side. Don’t worry, there are plenty of ways to cut a striking figure when you’re shorter than average.

Pay Attention to Your Appearance

First off, don’t bother with trying to fake being taller. Women will see through things like platform shoes, lifts, and heels right away. Not only will relying on shoes not help when you’ve gotten home with a woman and clothes are off, the fact that you’re wearing them to begin with gives off an air of shame and insecurity. You want to be confident. Confidence will get you far with women. A cool, collected, self-assured man will make any woman swoon. It’s something that not all men can pull off without toppling over the line between self-confident gentleman and self-absorbed douche, and will definitely give you an edge no matter how tall you are or aren’t.

Instead of relying on something that will give you a few inches of fake height, try improving on your general appearance. Pick up a slick wardrobe that will make you look put-together and sophisticated. Get yourself a few pricier accessories, like watches or shoes, and invest in nice cologne. No more Axe for you. Don’t go for flamboyant, and don’t talk about how much it cost. Make your appearance speak for itself. Invest in a gym membership, and get into shape. Women may seem to gravitate towards taller men, but a guy with a killer body will trump even that. You walking in the door in a well-tailored jacket with gym-polished arms will make every lady’s head in the room turn to you.

Pursuing the Right Kind of Women 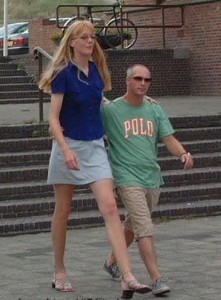 “Be confident when you are with her”

If you’re using hookup sites or dating sites to pick up women, it’s best not to lie about your height here, either. You wouldn’t want her lying on her profile either, so don’t go saying that you’re six foot four. You’re free to still try for women who mention they prefer taller guys, but don’t be discouraged if they’re not interested. If you stumble across a lady who says that she prefers shorter men, be careful that she might have a fetish for it. It’s great if you’re into that kind of thing, but the feel of being someone’s vehicle for a specific fetish can be kind of weird and awkward, and make for some uncomfortable experiences in bed.

You may want to try pursuing tall women, rather than only going for ladies shorter than you. Tall women tend to get passed over in the regular dating world, since a lot of guys can’t handle having their woman have a few inches on them. But you’re confident and self-assured enough that you can handle having a statuesque lady to admire, right?