Maybe you’re the athletic type yourself, or maybe you just appreciate a great body, but there’s no denying the appeal of the physically fit lady. She’s firm, flexible, and looks great in those bike shorts. The trouble is, how are you supposed to make yourself stand out with all those other guys of the same mindset hot on her tail as well?

Step One, Get on Her Level 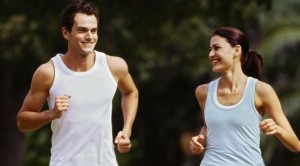 Unfortunately for you couch potato dudes, a woman who devotes a lot of time into making her body look that good is going to want her guys to put in at least some effort. Not only that, you’ll find more common ground if you’ve got some shared hobbies. It doesn’t have to be a chore. Plenty of people do hiking, biking, rock climbing, and so on for fun, without the motivation of getting some pussy out of it. The world of physical activity is vast, and you’re sure to find something you enjoy.

If you just fling yourself into running a marathon, you’re going to wind up killing yourself. Not only will she probably not be impressed while you get loaded into the back of an ambulance, you’ll come away with a severe resentment of athletics in general. Start small, and invest in a gym membership. Cardio and strength training will give you the quickest results as far as weight loss, physical endurance, and muscle tone go. Most machines will have specific settings for pre-programmed cardio and strength routines of varying lengths and intensities, and the bigger gyms will also have personal trainers and classes on offer. Take advantage of them. They’re great places to meet those athletic ladies that you’re trying so hard to impress, and provide plenty of opportunities to ask for some hands-on help.

Step Two, Stay on Her Level 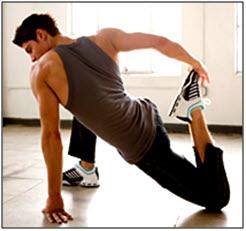 “Take proper care of your physical fitness to impress her”

Pretty much any guy can pick up a set of weights and learn to run some laps, but what’s going to set you apart from them? Simple. You’re not going to be a douche.

Fact of the matter is, most guys feel threatened when a woman can bench more than them, or can beat them hopping on one foot in a race. They consider it a threat to their own masculinity, and won’t hesitate to try to show her up or belittle her efforts. Show her that you’re better than that, and you’re already miles ahead of the competition. Instead of feeling insecure when she benches twice what you can, or getting cocky and piling on the weights until you give yourself a hernia, offer to spot her, and cheer her on. Giving her tips is fine, but you’re going to want to know your stuff, and be careful not to be critical of her.

Try asking her for some tips of her own, or to go for a jog with you this weekend. Just because she can lift like a guy doesn’t mean that she doesn’t like being treated like a lady sometimes, and women like decisiveness in a man. So don’t be afraid to approach her, and don’t be afraid to congratulate her on her awesome deltoids.