Tips to Make Her Approach You

Buildup Her Confidence by Acting Shy Around Her 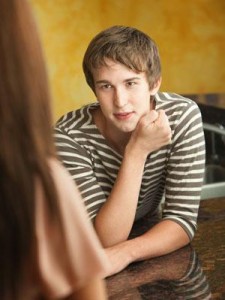 “Be confident but act as if you are shy”

One great way to get a woman to approach you is by pretending to be shy around her. You can easily do this when you’re at the bar or at a club as long as you’re positioned in a way that you’re facing her and can occasionally make eye contact. When you are, make sure to stare at her and make it obvious that you think she’s beautiful. However, you want to be careful with your staring. You don’t want her to think that you’re some type of pervert or a predator.

Each time she catches you staring, break you eye contact and pretend to look at something else. Be obvious, but not too obvious. Look shy and bashful each time the two of you make eye contact. You want to do this at least three times. After you know she’s noticed you, the next time you stare at her, make it appear like you’re trying to work up the confidence to speak to her. Even when you’re not looking at her, do things like taking a couple of deep breaths and murmuring to yourself. Take a few moments where you look like you’re about to walk over to her only to decide against it.

Let Her Come to You 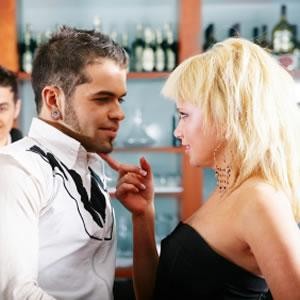 “Let her approach you”

While you’re playing your role of the shy guy who lacks the confidence to approach women, she will be already be fully aware that you’re interested in her, but are too shy to make the first move. When you behave in this manner, she will find it cute, but will also be comfortable and confident enough to approach you herself.

When she gets over to you, continue to keep up your shy role. Don’t suddenly become confident or cocky and definitely do not make her aware that you were acting the entire time. She needs to think that you’re extremely attracted to her, but that her beauty also intimidates you. When she feels like this, she will not only be flattered, she will also want to convince you that you do not have to feel intimidated around her. Eventually, she will start asking you questions and will start trying to put the moves on you.

Getting a woman to approach you isn’t difficult. You just have to make her feel like she’s confident enough to game and hold your attention. Once she feels that way she’ll be more than willing to approach you, leaving one less thing for you to do.