Personal Dating Coach
a sense of humor, better pickup line, make any woman lose interest in you, you’re too lazy 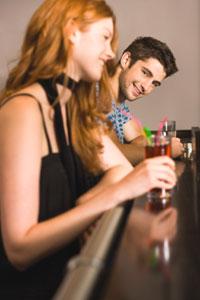 Most of us have a love/hate relationship with pickup lines. Sometimes we can come up with a few gems that really impress women. Most of the time, pickup lines are just plain corny and don’t give us any results other than a few laughs or a couple of eye rolls. Sometimes women can tell when you’re using a pickup line on them and that’s fine if you’re doing so in a joking manner. However, when you’re trying to be serious, there are three pickup lines you should avoid using at all costs as they will make any woman lose interest in you almost immediately.

Do I Know You from Somewhere? 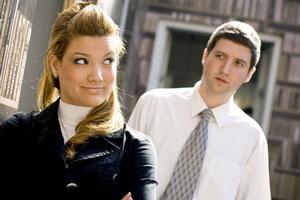 “These old lines are not going to appeal to her”

Never ask a woman this question as a pickup line. It is one of the most clichéd pickup lines around. If you don’t know her, don’t pretend like you do and that you just can’t seem to figure out where. This is one of those pickup lines that seem to become more ridiculous and annoying each time it is uttered. All it does is tell a woman that you’re too lazy to come up with a better pickup line or that you’re not confident enough to strike up a conversation with her.

Instead of asking her if you know her from somewhere, tell her that she reminds you of someone. You can mention a model or actress, but make sure it’s someone lesser known. Try a B movie actress or an international model. If you have your heart set on that played out pickup line, you can try changing it around to make it a little more tolerable. For instance, instead of asking her, “Do I know you from somewhere?” Try asking her, “Do you happen to go to Gold’s Gym?” or some other place that you frequent.

So What Are You Doing in a Place Like This?

This is yet another annoying question to ask any woman. You already know the answer to that question so don’t bother asking her. Again, she is going to think that you’re too lazy to come up with a better introduction and she won’t pay you much attention. Instead of asking her what she’s doing there, ask her if she has had any luck at the place where the two of you are. If she says no, start chatting with her about things that seem more fun to do and ask her for her input as well. We promise you that she would much rather answer those type of questions than that boring line she’s probably heard hundreds of times.

Do You Come Here Often

This pickup line is used so much that it’s actually been said on movies and television sitcoms as a joke. It’s also probably the worst pickup line you could ever use. This one is guaranteed to get a woman to roll her eyes and walk away from you. It is used so much that women no longer even see amusement in it when someone tries to use that line on them. The worst part is that if you use it, you’ll probably never get a chance with her again. Avoid using this pickup line no matter whom you’re talking to.

More often than not, pickup lines are pointless. However, if you can come up with some really good ones, or some really horrible ones for women with a sense of humor, they can still help to hook you up.