The “Nice guys finish last” idea may have been co-opted by a bunch of dudes unable to cope with the fact that they can’t score with the ladies, but the idea behind it is still sound. It’s not even that women love jerks; it’s that these jerks have qualities that a nice guy might be too nice to really see. If these three signs ring any alarm bells with your behavior, well. You might be a little too nice for the one night stand scene.

1. You Never Make a Final Choice

“Tell her that her decision matters”

It’s great that you want to do what she wants to do. Really, it’s nice that she has options. But sooner or later, a woman’s going to want you to make a choice. It’s not about establishing dominance, it’s about showing that you have opinions of your own. Women are attracted to a strong personality, and if she thinks you don’t really care about what you’re doing with her she’ll think you don’t care about her. If she says that she doesn’t care where you go that night, make her live with her words. You choose.

2. You Have a Lot of Missed Chances

If you can look back on your life and see a lot of times where you could have made a move, gotten her number, or gotten farther than second base, there’s a chance you might be too nice. This goes back to the first point in this article. You never made the final choice to go after her, and she didn’t take on that choice herself. Sometimes you have to act on the signals that she’s sending and steal that kiss and see what happens. Stop letting these chances become missed opportunities and start acting on them in the moment. Yes, it’s a little less nice to try a kiss when she hasn’t said to your face that she wants you to kiss her, but sometimes things are less black and white than that. Go with your gut.

3. You Have a Lot of Female Friends but No Fuck Buddies 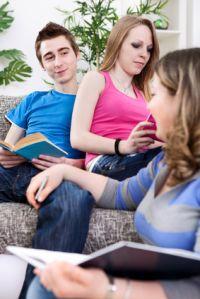 “There is a difference between a female friend and a girlfriend”

It’s great that you’re able to be friends with women, but if that’s all you are with them than that’s a sign that there’s a problem. You shouldn’t be creating a safe space for them to complain about their boyfriends. If there’s absolutely no sexual tension with any of them, you need to start creating some. This involves not being quite as accommodating. Don’t be mean, but flirt. Make a play for them when they’ve split from the last guy they dated. Make them see you as a sexual being even if that means you’re not as sweet and cuddly as comes naturally to you.
Being too nice isn’t the end of the world. You just have to stand up for yourself. Make some decisions, flirt a little, and the women in your life will sit up and take notice. You can nice yourself out of a lot of awesome opportunities if you’re not careful.